Are you looking for the latest upcoming ppsc educators jobs that will be announced through the Punjab Public Service Commission, then you are in the right place? If you wanna complete information about 16000 ppsc educators’ jobs in 2022 with all districts then keep with us.

Do you wanna know about all scales and posts for upcoming educators jobs such as how to prepare ese test, sese test and sse test with sample papers.

As this will be the great news for all of you that’s been waiting for upcoming educators jobs then the Punjab Government has been decided to declared ppsc educators vacancies, but this time through not NTS but through ppsc.

So, according to the latest policy the Punjab Govt. has been announced many jobs round about 38, 000 Seats, but this time these jobs not announced at a time, but it will be declared time to time.

The upcoming new educators jobs seventy thousand are very enough for all of us. For more Update & How To Apply for PPSC Jobs.PPSC Official Site

How Many Scales/Posts In PPSC Educators Jobs

Different scales that are for different posts which are following…

Who Can Apply For PPSC Educators Jobs

Here in this section, I will tell you about the main question and confusion that’s are arises in everyone mind “Who is Eligible for PPSC educators jobs” So here list will be given that’s having minimum Criteria Bachelor’s/BS/Master in Science/Arts

The minimum qualification for applying for ppsc educators jobs 2019, that’s is Bachlors/ BS/Master in Science or Arts.

NO Need Any Professional Degree Like B.Ed OR M.Ed

What Are Merit Criteria Of PPSC Educators Jobs

As all of you know that any test of PPSC that’s having a total of 200 marks, in that 100 marks is the test written based that are in MCQs form and the other 100 marks are Interview marks. So keep in mind now educator’s jobs having 100 marks interview before just 5 marks interview.

What Is Merit Calculator Of PPSC Educators Jobs

As all of you know many questions and confusion in your mind, so here all the answers to your questions, but you need to read this article fully.

Now Punjab Public Service commission started to announced educators jobs time to time, So here I will be given you complete information about all districts one by one, but now this time only Mianwali and Rawalpindi districts announced jobs.

When officially announced ppsc upcoming educators jobs Lahore board then I will mention here with full details.

As, when Punjab Govt. declared the ppsc educators jobs Multan board then here describing.

Soon announced ppsc upcoming educators jobs Gujranwala board, so all of you need waiting.

So, one thing keeps in mind, everyone applying in their own district, not any other, so when all 👆👆these districts announced ppsc upcoming educators jobs.

As the Punjab Government announced these 37,000 ppsc educators vacancies, not at a time, but it will be declared step by step, and this process will be continued within 3 years, so don’t be a worry.

Keep In Mind, PPSC Announced District Wise Jobs, Everyone Applying in their Districts, Not any others Districts

PPSC Test is same as NTS, because ppsc will be making a tough test and merit will be increasing every year, so all of you needed great effort and very hard working.

How To Prepare PPSC Educators Jobs

As everyone asked this question and very confused about how to prepare this PPSC educators test, So don’t be worry, I Will completely tell you and main points about ppsc educators preparation.

Hopefully, the article”16000+ PPSC Educators Jobs 2022 With District Wise” will be very helpful and informative, so if you like this article then don’t forget to share with your friends and colleagues. And if any questions or confusion then asked here by commenting. 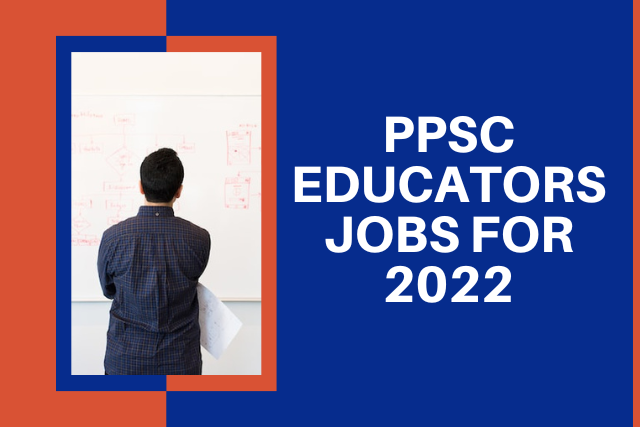 PPSC Educator Jobs 2023 is an excellent career opportunity in the education department. Before that government of Punjab hired  School Teachers Interns (STIs) on daily wages in primary, middle, and high school, but now the wait has ended. Finally, educator jobs are going to announce within a month. The government of Punjab is going to… There is good news for unemployed educators who are waiting for the announcement of upcoming educator jobs. Despite many gaps in time, it appears that the Punjab government will decide to announce the positions very soon. I would like to share with you the latest policy of the Punjab Public Service Commission (PPSC) educators’ school… For us, education is of utmost importance. To have a good education, we must take care of it. Assistant Education Officers’ jobs are announced from time to time by the Punjab government. You can clearly understand the exam pattern and difficulty level of each paper by examining the sample papers. Theeducator.pk provides valuable resources like… 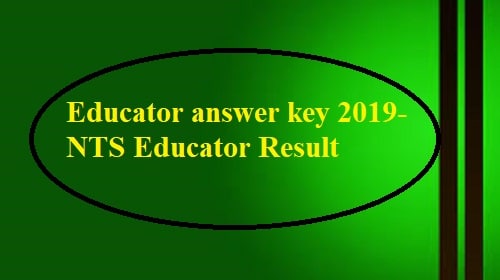 Are you looking for Educators’s Test Answer Key? You are at the right Place. Here in this article, I will give complete information about the NTS answer key and Educator result 2023 with a post by post and scale by a scale with exact. And also if you are searching for the following… Read:- Educators…