The most wanted job by youth in Pakistan is becoming an armed forces officer. Lots of candidates apply for the post every year in Pakistan but few reserve their seats in Pakistan Military Academy, Pakistan Naval Academy, or Pakistan Air Force Academy. Those who become officers in Pak forces go through a competent selection board that is called ISSB.

Inter-Services Selection Board (ISSB) recruits and selects the aspirants twice a year. The candidates have to apply for the posts in their desired force as the posts get announced. After the application, candidates appear in the online tests known as the initial ISSB test which is also called the screening test.

The ISSB 2023 test seeks to choose only eligible and competent candidates for appearing in the ISSB later. Once they pass the initial ISSB test, the board calls them for a four-day detailed test at ISSB test centers in Pakistan. The recommended candidates further go for detailed medical tests. They need to be completely fit, or otherwise, they remain disqualified.

Once they are declared fit, the last step is to wait for the ISSB test merit list. All those candidates who qualify for the post with top merits get selected by Pakistan Army, Air Force, or Navy.

Below are some factors that you need to know for ISSB test preparation. These points will describe all that you need from the initial ISSB test to the merit list. Let’s get into it!

How do I qualify for ISSB?

Following are the lines that determine the criteria of whether you can qualify or not.

How many tests are in ISSB?

There are mainly three types of ISSB tests. First, the candidate has to appear in a psychological test where a psychiatrist assesses the candidate’s personality, intelligence, and basic sense of mechanics. In the first phase, the candidate would go through a verbal and non-verbal test. In the second phase, he has to go through the Mechanical Aptitude Test which requires him to be good at basic mechanics. In the third phase, he has to go through a personality Test where he faces written tests of analytical/ projective type. The candidate has to appear on the morning of the first day at the ISSB (inter-services selection board) center.

Second, the candidate has to appear in the GTO ISSB tests. There, he goes through different group tasks that let the examiners identify his or her team spirit, initiative, and resourcefulness. The group task Officer (GTO) checks whether the candidate is having the qualities of leading military commands and interests in peace and war.

Third, the candidate has to appear in the interview once he has passed the previous ISSB tests. He would get involved in an informal interview in an objective manner that aims to know the candidate’s life, academic ability, awareness, and general aspects requiring the candidate’s views.

What should I study for ISSB?

Well, the question has a lot of points to be covered. What we recommend is that you should be well-prepared in two ways.

First, you should be good enough in your academics. You should have a strong command of the English language and Mathematics. Also, you should have good knowledge of Pakistan studies and national and international events happening across the world. These are the things to be studied for ISSB (inter-services selection board).

Second, you should have self-confidence. A man with self-confidence makes impossible things possible. You should also learn leadership skills. If you lead a team, you should have people skill to discuss things with your team in group discussions. Apart from these you should be medically fit. If you are having a bulky physique, try exercising every day. You won’t be stressed later Near ISSB.

How can I prepare for ISSB at home?

Make a proper timetable for studies, games, and social meetings. According to your timetable, read the newspaper every day for knowing the national and internal events. Practice verbal and non-verbal questions every day. This is included in the ISSB test. Also, study Pakistan affairs and your field-related subjects. Once you complete the tasks of your study plan, now, go for meeting your friends or games that keep you fit.

Which book is best for the preparation of ISSB?

Dogar brothers give outstanding service in the form of their publications. Their ISSB Preparation book can help you a lot prepare for the ISSB test. Apart from that, ISSB scientific Guide, Workbook personality test, workbook verbal intelligence test, and workbook non-verbal intelligence test are some other famous books for ISSB (inter-services selection board).

How do I register for ISSB?

What happens in the ISSB test?

As you reach the center at the exact time, you go through a four-day comprehensive exam. On the arrival day, Reception, Checking Documents, Allotment of ID / Chest numbers, Photographs, Administration Staff’s address, and Completion of Board Questionnaires are all activities to be done.

On the first day, the Deputy President gives his opening speech and the day follows Intelligence Tests, Announcement of screening out the result, and Remaining Psychological Tests. Note that the screened-out can’t attend the subsequent ISSB tests.

On the third day, the candidate has to go through Individual Obstacles, Command Tasks, Final Group tasks (FGT), and Interviews (leftovers).

On the fourth day, Conferences, Preparation of all the results, and Dispersal of candidates are some of the activities that take place on the day.

To conclude, it is one of the most prestigious jobs of all other ones. It allows you to have a shortcut in your life for a brighter future. It is indeed tough but not possible. All you need is great motivation and hard work to pursue your dream. Some of our country’s most noble men and women serve in our military. They battle for our lives and freedom, as well as the lives and freedom of our children and grandchildren, every day. Of course, military personnel is not immune to medical issues, which can range from major injuries to mental health issues. Nurses…

Education is the basis of any society’s development, which is why we observe that the west has progressed so much. They emphasized their education system and birthed many intellectuals. This is what Pakistan aims to do as well. But how the educational boards work and how the students are evaluated. They feel more rewarded if… 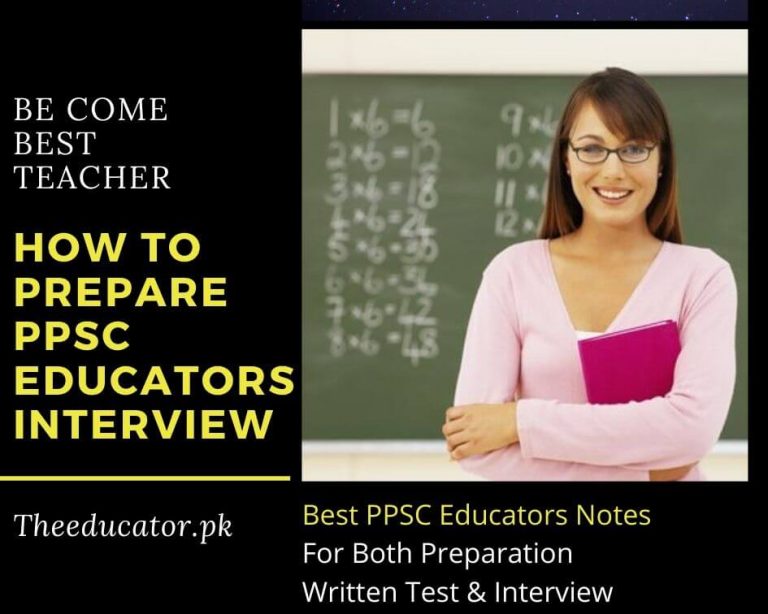