In a recent announcement, Pakistan Navy announced the recruitment of PN Cadets for the 2023 A term. This is a wonderful opportunity for those who wish to join the Pakistan Navy as a PN Cadet for Permanent Commission. Interested candidates must register themselves at joinpaknavy.gov.pk before 06 November 2022.

The Pakistan Navy recruits for different induction programs based on qualifications every year. A PN Cadet completes his training in one and a half years and receives a stipend of Rs. 44,000.

A new batch of cadets is recruited twice a year in May and November.

In this article, you will learn about the following:

What is PN Cadet Course

Candidates selected as PN Cadets in the Pakistan Navy are retained at the Pakistan Naval Academy Islamabad. The PN Cadets remain there for one and a half (1.5) years. They are trained by senior naval officers who are highly qualified and competent in academic, mental, physical, intellectual, and professional matters.

Pakistan Navy Cadets pass out from the Pakistan Naval Academy after completing 1.5 years of training, are ranked as Midshipmen, and join the fleet. They work in different areas onboard while experiencing life at sea. After 6 months at sea, the midshipmen are commissioned as sub-lieutenants.

For further training, Operations branch sub-lieutenants enter the Naval Engineering College, where they earn a degree from NUST (National University of Science and Technology) in Electronic Engineering.

Officers from the Operations branch undergo professional courses after successful engineering graduation at various schools, which include: The following are the eligibility criteria for joining the PN cadet course at Pakistan Navy.

Physical Standards and Other Criteria

Baloch candidates will be given a 10% mark relaxation at the FSC / A-Level level rather than the usual 60%.

Candidates can apply for the PN cadet course on joinpaknavy.gov.pk from 23rd  October to 06 November 2022.

If you wish to register, you should visit your nearest PN Recruitment & Selection Centre along with the following documents during the registration period specified by the NHQ.

The entrance tests are as follows:

Note: Application forms will be issued to those candidates who qualify for the preliminary tests/interview and medical.

Please don’t hesitate to share this article with your friends and colleagues so that they can also take advantage of it. I am confident you will find the article “Join Pakistan Navy as PN Cadet 2023-A (Permanent Commission) – Apply Now” very helpful and informative.

Q. What is the last date to apply for the PN cadet course?

Q. For PN cadet applications, what is the maximum age limit?

Ans: The upper age limit is 21 years for the PN cadet course.

Q. Is it possible for a married person to apply for the PN cadet course?

Ans: No, a married person can not apply for the PN cadet course. 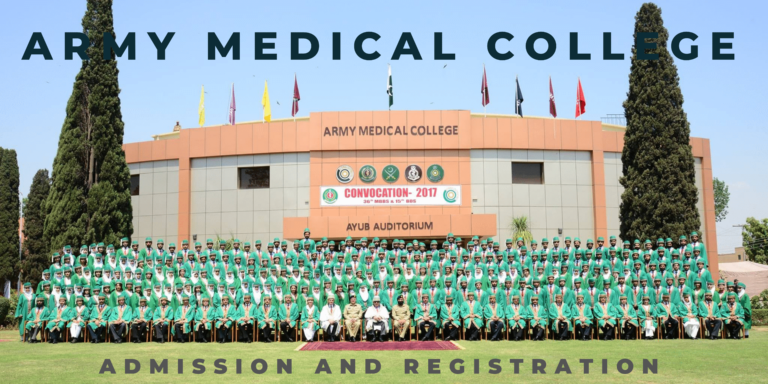 Get admission to Pakistan Army Medical College to advance in a promising field and serve the country with all of your heart and spirit. The Army Medical College is one of Pakistan’s top medical schools. Thousands of students complete their MBBS and BDS degrees at AMC every year. The National University of Medical Sciences is…

AFNS job is the one that is considered one of the most prestigious ones of all. Through the job, aspirants join the Pakistan army as a nurse and serve the nation throughout their service. When an aspirant dream to join the Armed forces nursing service, they usually come across several questions. For example, they think… The Pakistan Army is Pakistan’s pride, and every patriotic person’s dream is to join it. For individuals who adore the Pakistan Army and desire to join after matric, a career in Pak Fauj is a dream come true. In the Pakistan Army, young men and women can have a life-changing experience that can brighten their…